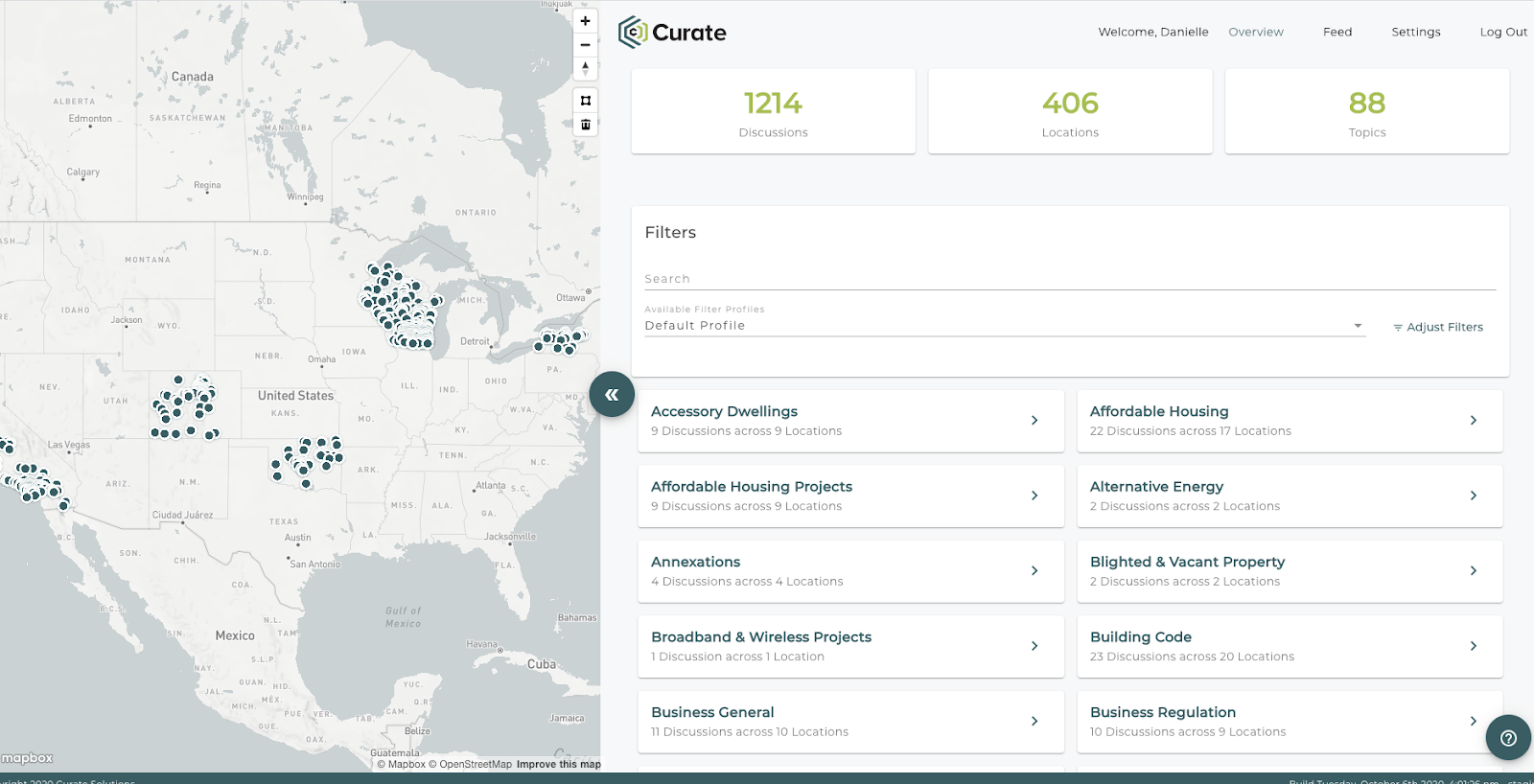 Local government ordinances can have a huge impact on the day-to-day operations of many businesses. Municipal and county governments make decisions about public health, building codes, zoning and land use, minimum wage, environmental restrictions, local taxes, permits, fees, and much more.

Government relations departments typically spend most of their time monitoring state and federal government actions, but more companies are beginning to realize the importance of tracking local government activity, especially during times of crisis.

Luckily, there are new tools available to make local ordinance tracking easier. With the power of artificial intelligence, legislative tracking software is bringing automation and efficiency to government advocacy work.

1. Minimize and mitigate the risk of local policy change

One of the most important roles of a local government relations team is to prevent changes to local policies, ordinances, fees or permitting processes that would negatively impact their business or industry. The only way to effectively do this is to find out about those upcoming changes the first time they are mentioned in a city or county agenda or meeting minutes.

Before local ordinance tracking software was available, government relations teams would spend dozens of hours per month searching clunky municipal websites for the latest documents. They would scan the agendas and minutes of city councils, planning commissions, and other committees in an effort to not miss a mission-critical item.

This effort is time-consuming and ineffective for government relations teams that need to monitor more than two or three municipalities.

At the local government level, an idea can go from a proposed ordinance to law in a matter of weeks or even days. Government relations teams only have a few days to leverage their relationships to influence the outcome of the proposed legislation, so early warnings are critical.

We’ve written a guide to avoiding surprise fees and taxes by tracking local policy for anyone wanting to go more in-depth on how to use legislative tracking software to streamline their government relations work.

The field of online reputation management has exploded in the last decade, with many tools focusing on monitoring social media sites and review sites for mentions of a company’s name.

But an often overlooked source of valuable information about a company’s reputation is the discussions that happen in local government meetings every week. You can learn a lot about what the general public thinks about you based on how local elected officials and community members talk about you during public meetings.

Local ordinance tracking software can be used for reputation management by adding notifications for company names and controversial topics related to specific industries. The software can also be used to gain market intelligence by tracking competitors’ names.

With ordinance tracking software, your team can get a notification any time one of those names or topics are mentioned during a meeting at city hall.

Knowing when and why your company or your industry is being talked about in local government can provide valuable insight into the general public’s perception of you (and/or your competitors). That insight can guide your outreach strategy to maintain or improve your reputation in the community.

One of the most valuable uses of local legislative tracking software is finding opportunities to improve your relationship with local decision-makers and regulators.

The only thing better than finding out about an item the minute it goes on the agenda is uncovering a local official’s attitude about a controversial issue before they ever draft an ordinance. That requires good relationships.

Lobbyists and government affairs professionals can sometimes develop an antagonistic relationship with local legislators if they only show up to government meetings in order to oppose proposed ordinances.

Public affairs and government relations teams from New York City to Inglewood, California, are finding out about issues faster when they automate their local ordinance tracking efforts. Instead of waiting for ordinances to show up in municode, they're tracking and predicting policy changes at the local level by keeping an eye on dozens of municipalities in real-time.

Curate’s local legislative tracking solution can help your team stay ahead of local policy changes. Schedule a call to see Curate in action.