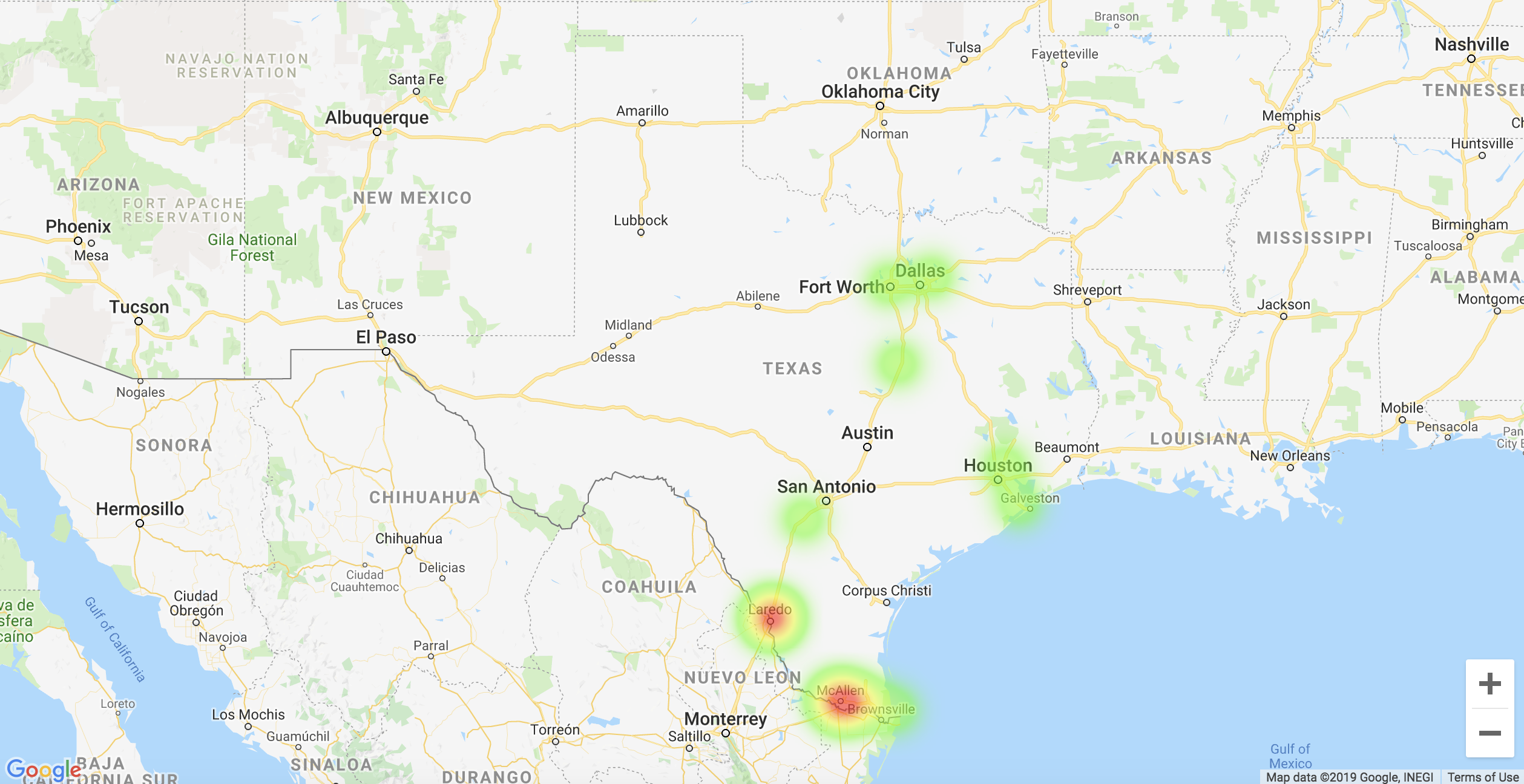 Texas on the Wall: Where discussion of the U.S.-Mexico border wall has been hot

On the cusp of a second government shutdown, President Trump’s border wall is a hot topic of discussion among Texas communities beelining the U.S.-Mexico boundary.

While national-level media outlets are expected to effectively communicate the current climate anywhere across America at anytime, the telephone-game structure of journalism — especially in recent weeks — sometimes falls short of telling the whole story the way we want to hear it:

Directly from the people who experience it.

Spotlighting the voice of local municipalities is what Curate does every week.

This week, during the most controversial federal fiscal decision of this congressional session, we dove into the local discussion records from municipalities across southern Texas.

Below is a heat map of local discussions in the last two years surrounding keywords related to the proposed U.S.-Mexico border wall, such as “border security”.

Take, for example, citizens in Alamo, Texas who, in 2017, proposed and approved a resolution against the border wall when it was initially proposed:

“Mr. Ozuna read the Resolution … Whereas, the billions of dollars that have been requested for new border walls could be better spent on improved infrastructure and other needs in the City of Alamo and in the Rio Grande Valley ... Mayor Pro-tem Molly Gallegos motioned to approve the resolution opposing the Border Wall and especially along the boundaries of the Santa Ana National Wildlife Refuge.”

Some may say national media outlets tend to communicate a hot issue, like the border wall, as a metaphor for taking a stance on extremes: anti-immigration versus pro-immigration, a safe America versus an unsafe America.

But at Curate, our focus is to simply, and unbiasedly, find those hot issues important to local communities verbatim from their municipality meeting minutes and agendas.

And each community is different, with unique challenges, priorities, and opportunities that don't fit to print in the national media, or even some local media.

In a perfect world there’d be enough journalists to document every issue brought up in every town across America — but, in reality, not enough of us care to know about each one.

The absence of the journalist, however, does not equate to the absence of an audience who does care, like associations.

By tapping into local discussion records of the communities themselves, Curate is able to provide the story to people who are directly impacted by the decisions these municipalities make on a daily basis.