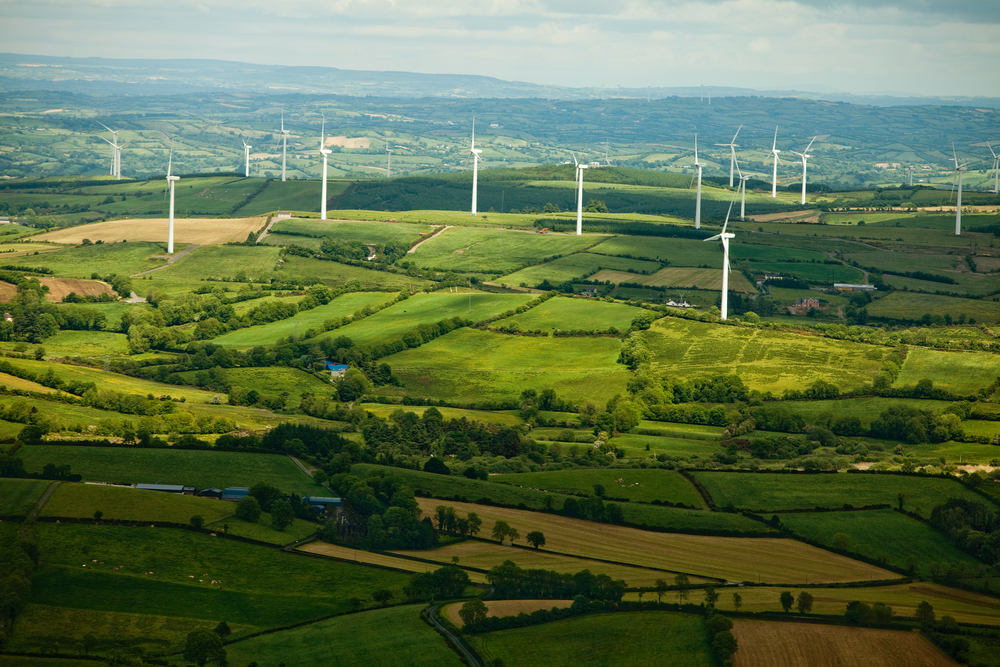 Wind energy is a controversial topic where municipal governments often hold as much power as states. And it’s a topic with surprising opponents and allies.

Those in favor cite the positive environmental impact of reducing reliance on nonrenewable energy sources, the economic impact of lease revenue for landowners, and the increased revenue for local governments from property tax. But those against may oppose it for a host of reasons: aesthetics, noise pollution, the impact on migratory birds and other wildlife, or the nuisance of a flickering shadow that drives humans and animals nuts when the sun is low in the sky.

Since wind farms are typically installed in less populated areas, the municipalities that make crucial zoning, tax, and regulatory decisions in support or opposition of wind power are often very small. Decisions can be swayed by a small number of people, and board meetings where decisions happen are often not covered by a local newspaper.

A political advocacy campaign around wind power must start by uncovering the local attitudes around renewable energy and wind turbines specifically. To find out what a town’s attitude toward wind power is, you could make a trip to talk to locals. But before boarding a plane or hopping in the car, it's worth doing some homework.

The following is a brief case study about using Curate to uncover local attitudes about wind power.

In Seneca County, Ohio, (population 55,000) the Board of Commissioners approved a resolution in support of a state bill concerning industrial wind turbine projects on Nov. 14. From the county’s recap of an Oct. 10 meeting found in the Curate database, you can read an excerpt from one of the letters county officials sent to the state concerning wind turbine development:

“In Seneca County, we have had significant public discourse around the development of wind resources and utility-scale wind farms. We have incredibly engaged citizens and public officials. If wind development moves forward in Ohio, we feel duty-bound to offer our recommendations for improving the wind development process.”

That gives a good indication that Seneca County residents are cautious about wind turbine development, but haven’t ruled it out completely.

In Logan County, Colorado, (population 22,000) the Board of Commissioners approved a resolution to encourage on-site manufacture of wind turbines at a meeting on Oct. 1. At their September work session, the minutes show that Logan County was responding to a regional effort to attract more wind turbines:

“[State Sen.] Greg Brophy recently met with the Board to encourage adoption of a resolution in eastern Colorado counties that is intended to unite the counties to attract the wind farm growth. Yuma County has passed a similar resolution, Sedgwick County is considering a resolution, and Kit Carson County is working on one.”

The minutes from a Special Town Board Meeting and Public Hearing in the town of Enfield, New York, (population 3,500) on Oct. 16, record the varied opinions of residents and committee members about a draft of a local wind energy law, which some speakers called “stringent but not unreasonable” and others called “far too restrictive.”

The recap of one resident’s comments notes that:

“...she is frustrated with people who won’t have turbines in their backyards, but want turbines in Enfield. She sat through many meetings with a gag order. She would never want that to happen to anyone else. This law needs to be put in place to protect the safety of homes and residents. She would never want to live next to a wind turbine that would make her worry about noise, ice, and if they would fall over.”

With Curate's civic intelligence software, you can research past discussions in city and county meeting minutes and agendas, and you can also stay up-to-date on current discussions with weekly reports. Any time your keywords appear in the documents from the municipalities or counties you’re following, you’ll get an alert, giving you time to engage with local government and get involved in the discussion.

Schedule a discovery call to find out how you can stay on top of local regulations and discussions about wind power development.