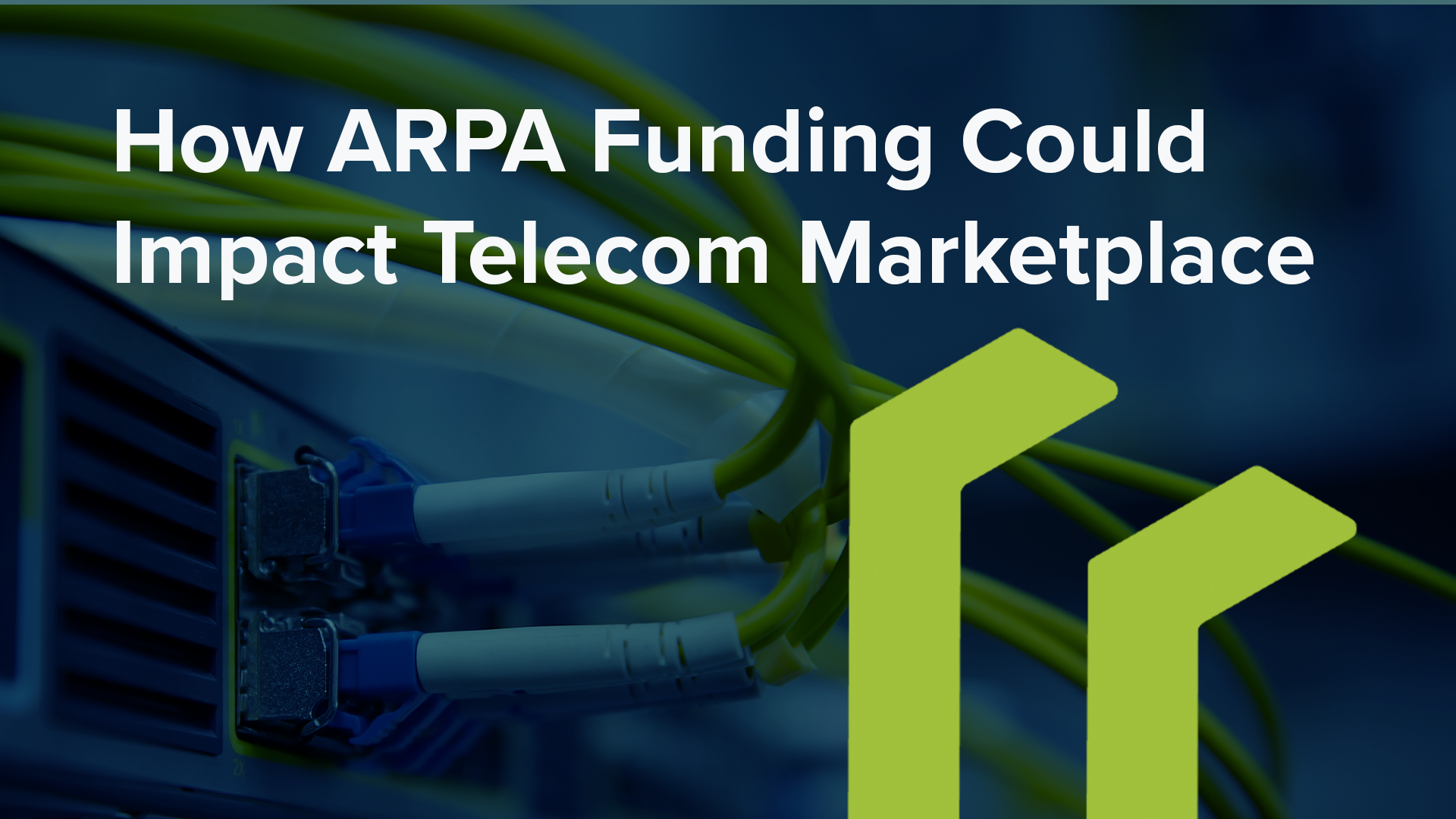 How ARPA Funding for Broadband Expansion Could Impact Telecom Marketplace

American cities, counties, and towns could be on the brink of a surge in broadband investments thanks to the Coronavirus State and Local Fiscal Recovery Funds (CSLFRF).

As part of the American Rescue Plan Act, local governments will soon be making decisions about how to spend an extra $130.2 billion in funds to rebuild a stronger, more equitable economy as the country recovers from the pandemic.

One of the largest areas of inequality that the pandemic laid bare in American society is access to broadband.

With the shift to virtual school, telemedicine, and remote work seen over the last 18 months, communities without reliable access to high-speed internet connections have faced even more hurdles, and in many cases have fallen further behind in financial stability, educational achievement, and overall health.

By naming broadband expansion as an eligible use of the rescue funds, the Federal government hopes to finally close the digital divide and provide internet access to the 30 million Americans who live in areas where there is no broadband service or where existing services do not deliver minimally acceptable speeds.

How CSLFRF Funds Can Be Used to Expand Broadband Access

Broadband expansions paid for with CSLFRF funds must be made in areas that are currently unserved or underserved—in other words, lacking a wireline connection that reliably delivers minimum speeds of 25 Mbps download and 3 Mbps upload.

And when governments choose to invest in brand new broadband infrastructure, they are encouraged to pursue fiber-optic investments whenever possible and aim to provide at least 100 Mbps download and 100 Mbps upload speeds.

Elected officials are also encouraged to prioritize projects that achieve last-mile connections to households and businesses. The money can go toward:

In addition to funding the construction and installation of the infrastructure, municipalities can also use CSLFRF funds to provide financial assistance to households to support internet access or digital literacy in places where the high cost of broadband access may place it out of reach.

Another important aspect of the funding is that it can be used over a five-year period, which allows municipalities to spend some time gathering input from residents and other stakeholders to carefully plan out how they will use the funds.

An Opportunity for Proactive ISPs and Telecom Companies

This new funding and urgency around broadband presents both a huge opportunity and a major threat for telecom providers.

For proactive Internet Service Providers (ISPs) who get involved with local government discussions about the best way to expand and upgrade existing broadband infrastructure, there’s an opportunity to provide guidance and position themselves to benefit from millions of dollars of new investment.

But ISPs who neglect local discussions put themselves at significant financial risk. Here are some of the wide variety of options communities will consider that could weaken the competitive advantage of incumbent telecoms.

It’s likely that competition for those funds will be steep between existing providers within each region, so telecoms need to start developing relationships and preparing their bids in order to take advantage of this opportunity to expand their market share.

No matter what option a community pursues, telecoms will benefit from great relationships with local officials and proactive monitoring of local policy issues to make sure they’re at the table for key discussions.

A major concern for many telecoms is the rising public interest in municipal broadband.

Although nearly half of all U.S. states currently ban local governments from offering community broadband service via public or public/private models, more than 750 communities in other states have developed some form of community broadband.

In some states, local governments have the option to override that restriction with a ballot initiative, so telecoms in those states should still keep an eye on local discussions about community broadband.

Municipal broadband is likely to be the most feasible in cities that already own and operate municipal power companies, since they already own utility poles, have skilled staff able to maintain the equipment and provide customer service, and have staff in place to manage billing and customer support.

With the federal push to provide broadband access to all, the pressure to treat broadband service like a utility could rise. That shift, which telecom providers have fought against for years, could come with regulated prices and requirements for complete coverage in communities.

An open network like that would increase competition significantly, create price pressure, and potentially erode marketing share for incumbents.

Discussions Have Already Started in Communities Across the Country

Local leaders are eager to get started expanding their broadband infrastructure, as indicated by the frequent mentions of topics related to broadband access in local government discussion.

In some cities, local elected officials are already allocating funds for specific broadband projects. In others, officials are beginning long-term planning processes to determine how to best use the funds to maximize their impact.

Here are a few examples of discussions happening in local governments around broadband expansion with ARPA funds over the last few months, according to research from Curate.

With this new influx of funding and attention on broadband access, the next five years could be truly transformative for America’s digital networks.

How to Take Action

To position themselves to benefit from additional funding, companies within the telecom marketplace must proactively monitor and engage with local policy issues related to broadband.

With customized alerts, businesses can find the critical information they need without manually searching through minutes and agendas from dozens of cities and counties.

Schedule a demo to see how you can use Curate to monitor ARPA-related broadband discussions and hundreds of other topics within 12,000+ local governments around the U.S.