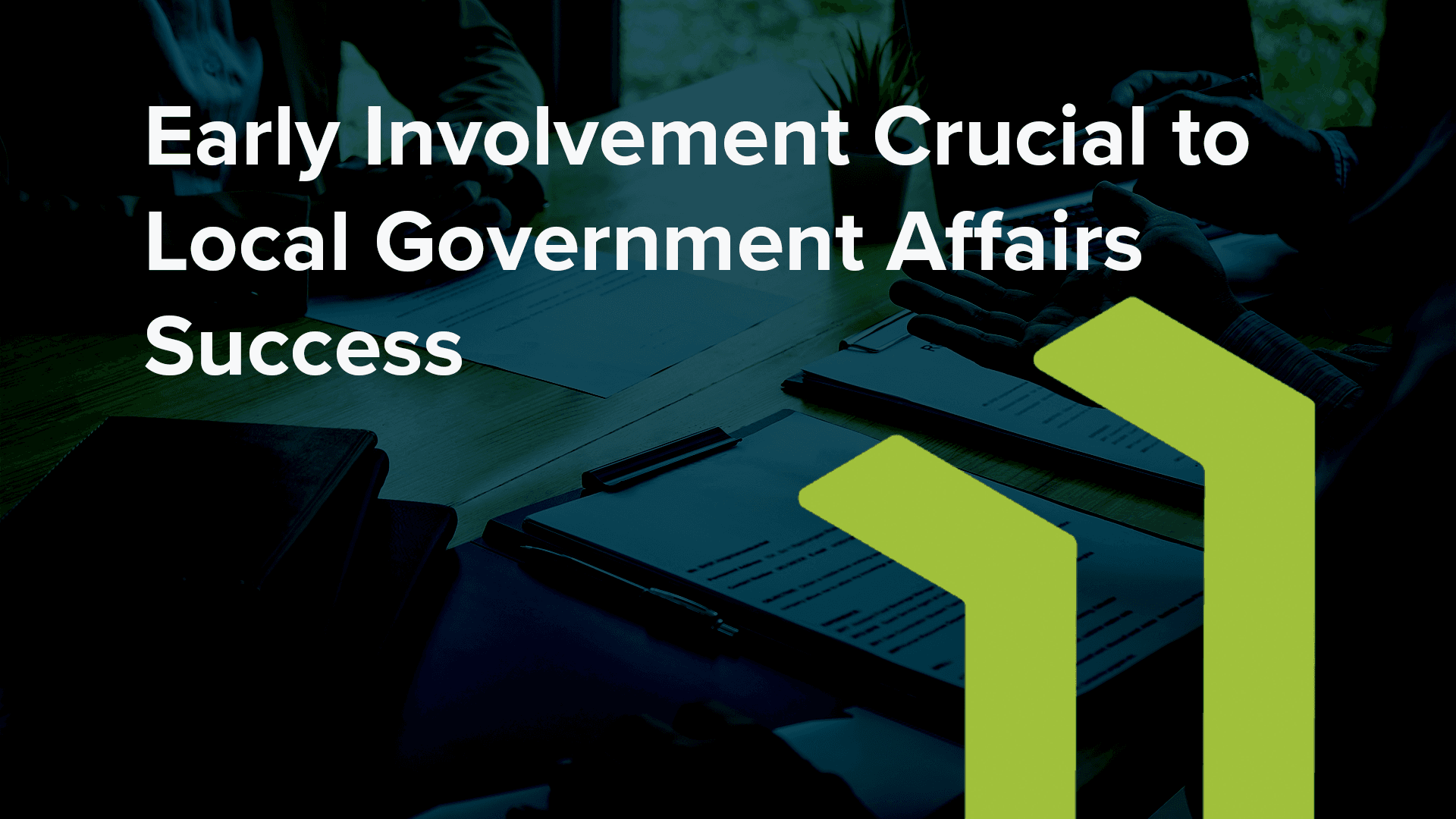 An old saying in the government advocacy world goes something like this:

“If you’re not at the table, then you’re on the menu.”

But consider an even worse alternative - not even knowing the table has been set.

This is an unfortunate reality, far too often, in the local government space. With a smaller set of lawmakers than a state legislature or Congress, local legislative bodies can be more nimble and more reactive to grassroots political pressures.

As a result, policy can move rapidly, making government affairs professionals more prone to a scenario where they wake up to discover something has fallen through the cracks.

At a basic level, government affairs professionals who cover local governments make sure to attend meetings, read minutes, and scan agendas for areas of interest.

However, many organizations, in the private and non-profit sectors, monitor local meetings - such as City Council - of only the largest cities in their territory. The thought is that by monitoring the largest localities, you can get the most bang for your buck by focusing on the places that impact the most people.

This is understandable, as government affairs departments are not immune to bandwidth issues and limited resources. Simply put, you can’t be in more than one place at a time to physically monitor a meeting.

But ignoring midsize and smaller localities can hurt your organization in the long run. Ordinances at the local level can quickly spread like wildfire.

If you are not paying attention, an ordinance detrimental to your organization or business can quickly become law in one city, then another, then another, and on up to the larger cities as government officials see results in those midsize and smaller cities.

Then what often occurs, is a situation where multiple cities are all passing similar local legislation and state legislators take notice and introduce the regulation for state-wide adoption.

The main point is things move quickly at the local level and can have sweeping impacts. Which makes early involvement in the local legislative process crucial.

However, if you are seeing a proposed ordinance on the agenda for a reading or a vote, the hard truth is you are likely already too late. In other words, the players have left the table that you didn’t even know was set.

So how do you ensure you are in the best position to advocate for the interests of your organization?

One of the first things you need to do is position your organization as a community partner and expert in your field.

Regardless of your industry, you can provide resources and expertise to government officials.

Be on the Lookout for Task Forces

Occasionally, local governments will create task forces to explore policy issues. When they align with your organizational interests, your involvement should be a priority.

These task forces often specifically include community members in addition to members of the council (or the like). While these groups have no voting authority, they are typically tasked with providing recommendations to lawmakers as they craft ordinances.

This is a great way to be at the table and advocate for your position before any ordinance is ever drafted. It is much easier to help write the ordinance language rather than fight to amend it after the fact.

Advocate for Issues Your Organization Supports

Another way to build goodwill with local elected leaders is by providing positive feedback and testimony on issues that your organization supports.

Too often, organizations only come into the fray when there is something proposed that they dislike. This can create a negative emotional attachment to your organization from the perspective of elected leaders.

By supporting something the City believes in and you can also get behind, you will bank political goodwill and build relationships that you may need to utilize later.

How to Effectively Spot Opportunities

While all of these techniques can help your organization, again, they’re not worth much unless you’re able to know when these opportunities come up (when the table is being set).

The challenge is the time and people it would take to effectively monitor the activities of local government at this scale is likely not within the scope of your government affairs resources.

But to address this shortfall, one of the most impactful things you can do is invest in technology that can act as your eyes and ears in any number of local government meetings simultaneously.

By leveraging local legislative monitoring software, you can rest assured that you won’t miss a crucial detail of importance to your organization and are made aware whenever and wherever conversations are taking place, in all areas of local government – from committees to task forces and formal sessions.

At the end of the day, it’s about knowing when the table is being set and not trying to fight for a seat after the fact.

The question to ask yourself is: Where would you rather spend your time? Scouring for these opportunities or building relationships with local stakeholders to get invited to the table.

Government affairs leaders track of local policy issues – no matter what corner of local government they show up in – that threaten their organization or industry with local legislation tracking software from Curate.

Find out how you can get timely alerts for the issues that you care about from more than 12,000 municipalities across the U.S. by scheduling a demo.