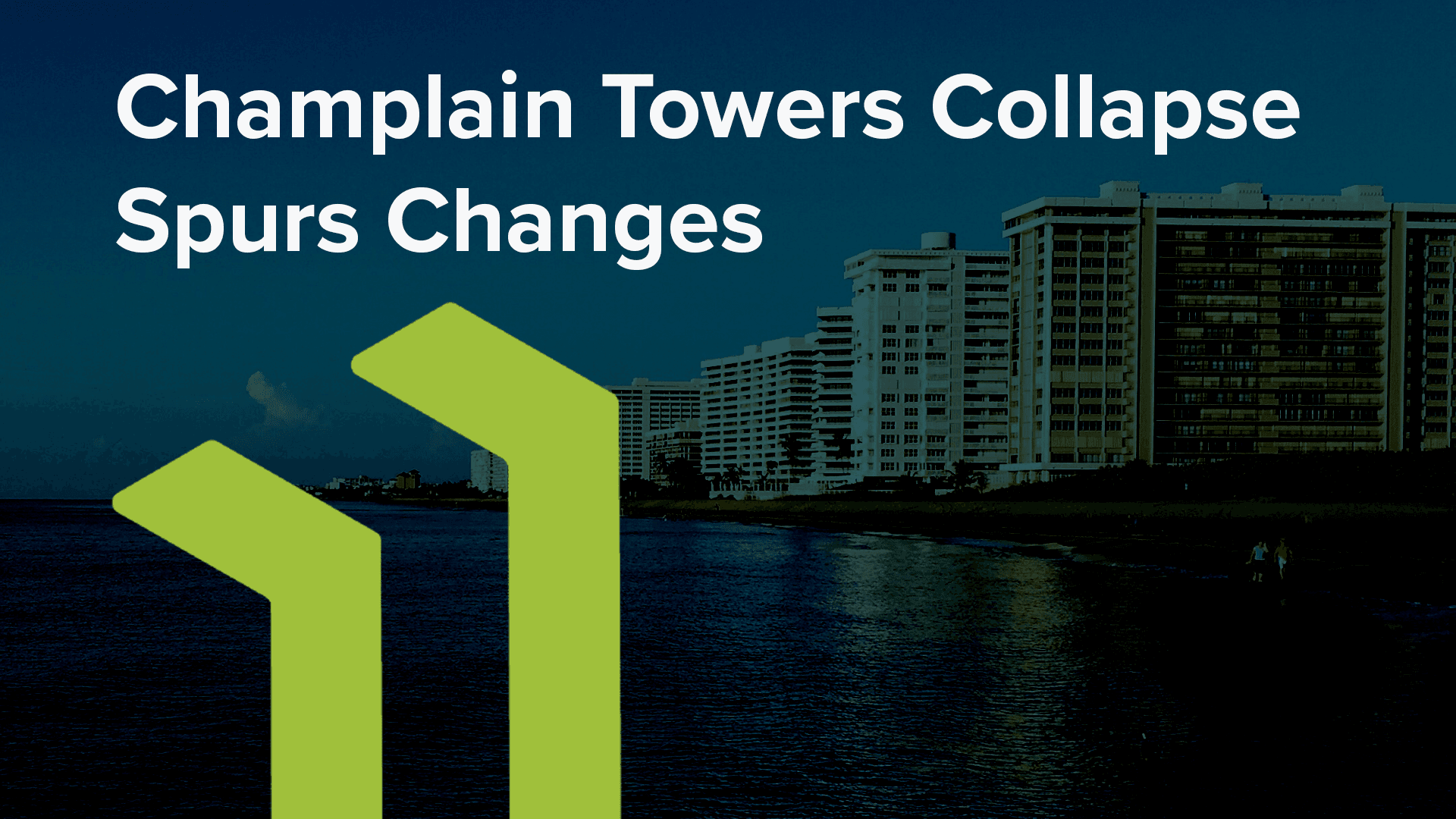 Following the tragic collapse of the Champlain Towers in Surfside, Florida in June, many local governments began taking a critical look at their local laws pertaining to building inspection.

Prior to the collapse, the Broward County Building Safety Inspection program called for structural and electrical safety inspections for buildings 40 years old or older and every 10 years thereafter.

Built in 1981, the Champlain Towers were in the midst of its 40-year inspection, which typically takes a year to complete.

A well-publicized 2018 inspection performed by a private engineering firm hired by the condo association in the run-up to Champlain Towers’ official inspection by the County a few years later showed a “major error” in the construction of the pool deck related to the waterproofing of the concrete area below. Unfortunately, no action was taken related to this discovery.

Months before the collapse, in April of 2021, inspectors said the condition of the building was “much worse” than it was in 2018. Funds were allocated to improve the building, but, again, no action had taken place before the tragic collapse.

As a way to update its inspection requirements and address issues like these, Broward County Mayor Steve Geller assembled the Broward County Condominium Structural Issues Committee to develop recommendations to be brought forward to the Florida Legislature, state, and local agencies.

On September 17, these recommendations were voted on and approved by the Committee, among others:

In the nearby City of North Miami Beach, officials ordered the evacuation of a 50-year old condominium complex until necessary repairs have been made. This scene could play out in other parts of the state and country, as local leaders get more aggressive in preventing future tragedies.

Mayor Aubrey stated that the Village had ninety-eight (98) condominium buildings most of which are fifty (50) to sixty (60) years old. Mayor Aubrey recommended an inspection process be put into action. Mayor Aubrey expressed concern that creation of an inspection policy and process was taking longer than expected.

Other Florida communities considering taking action include the City of Ponce Inlet and the City of Pembroke Pines.

In addition to changes to development requirements and property ownership issues,  another potential could arise as people are displaced from their homes.

Additionally, because of the national profile of this tragedy and weather conditions associated with coastal areas where buildings take a beating from storms, saltwater, and ocean air - all of which can lead to corrosion, we can anticipate that local coastal governments across the country would reexamine their regulations as they relate to residential building inspection.

An example of this showed up in the Planning Policy Commission in Issaquah, WA where an article about Champlain Towers was submitted along with an ask that the commission "consider [the article] as we consider changes to land use and building codes".

During a public hearing in Staunton County, VA a citizen inquired "if the properties would have a geophysical examination conducted prior to building, citing the recent collapse of Champlain Towers South in Surfside, Florida."

Even inland, communities are taking notice, as an article about the tower collapse was shared in Roscommon County, MI.

Staying Ahead of Local Changes

It is important to realize that regulatory changes are inevitable and a major event like this can accelerate the speed at which changes happen.

If you are a business or group with an interest in what these changes will be and how you can make them as palatable as possible, you need to be at the table. To do that, you need to know when others plan to sit there and have the discussion.

As more local governments consider implementing their own changes, Curate can provide the intelligence you need to know about and stay ahead of these and other discussions crucial to your organization.

Tags: Building Codes
Back to Blog