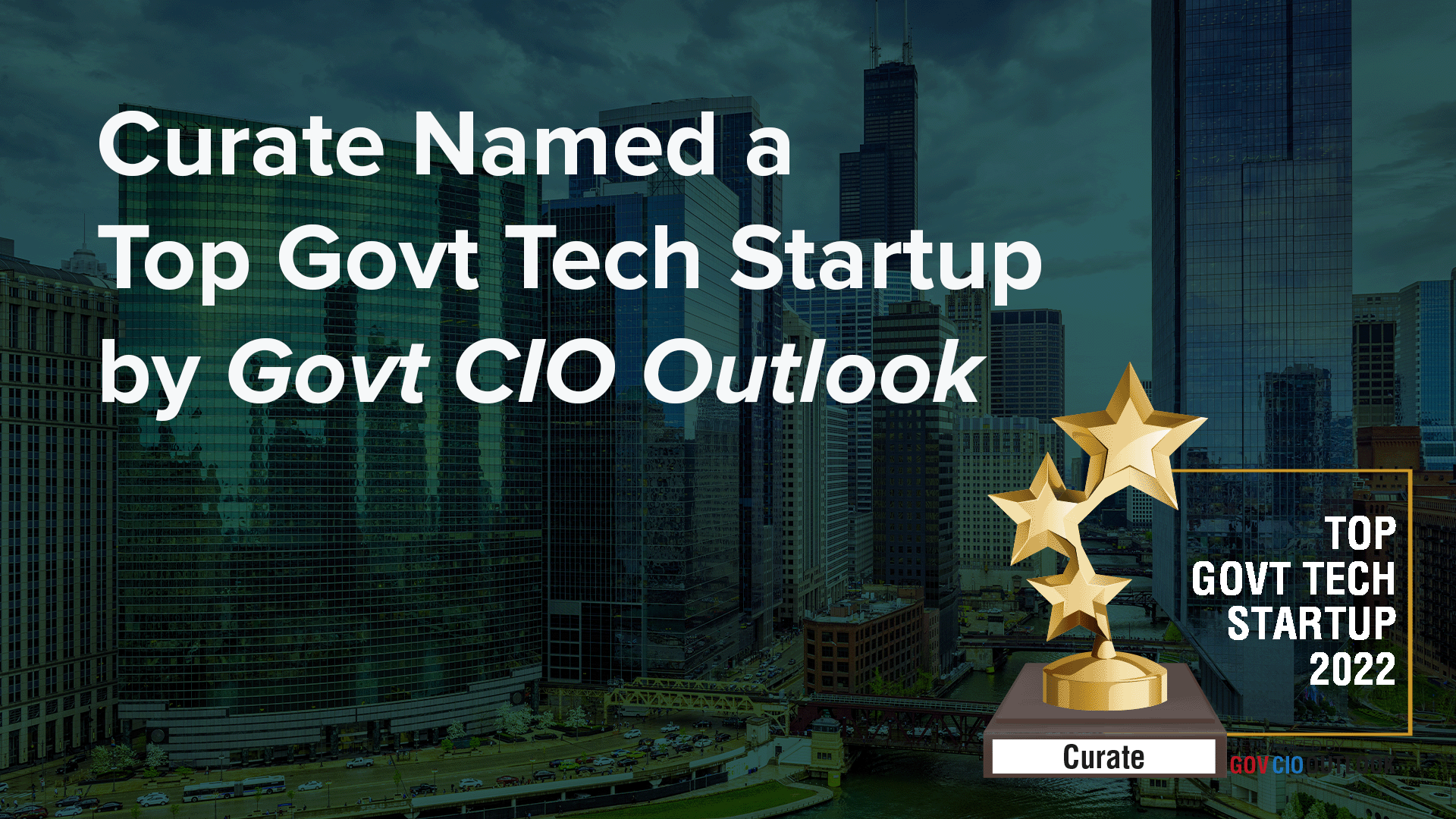 Curate was included in Gov CIO Outlook magazine's 2022 Top Govt Tech Startups, along with this article which originally appeared in the October 2022 issue.

Local governments need to keep a finger on the pulse of proposed ordinances and discussions across numerous county and municipal government bodies to stay on top of emerging local issues, monitor trends, and adopt best practices.

To keep track of these ever-changing policies, individuals spend countless hours manually searching for meeting minutes and agendas from city and county committees. This is where Curate’s comprehensive local legislative tracking service and centralized platform for public policy research can be a tremendous asset.

Utilizing its natural language processing system, the platform scans for and derives relevant data matching hundreds of topics. These insights are made available on the platform’s intuitive dashboard, where clients can easily read, share, and download the relevant information.

When insights need to turn into action, Curate maintains the largest database of local government contacts, which encompasses the names, titles, and contact information of over 168,000 critical stakeholders across 8,600 local municipalities.

With key stakeholders at their fingertips, government officials have a pool of contacts they can approach to discuss policy issues affecting their constituents in more detail or explore opportunities at their earliest stage.

These robust competencies of Curate’s platform enable government professionals to easily identify problem areas, learn how peer cities and counties are addressing the issues, and facilitate a better way of living for their constituents.

With Curate’s personalized dashboard, they can save their favorite discussions in folders and add comments to plan their advocacy response. They can also set a reminder in the dashboard to receive alerts for important updates. It then creates custom reports and sends the required snippets of information straight to their inbox.

The company’s competencies proved especially beneficial when local governments were considering policy changes in hazard pay post COVID-19. The Washington Food Industry Association, which was a representative for various smaller and independent grocery stores in Washington, leveraged Curate’s municipal civic intelligence tool to learn about policy changes. They used these detailed insights to engage and partner with local officials on crafting policy that would not have negative effects on the businesses and constituents of the community.

The result was hazard pay legislation that increased the hourly pay for employees of public-facing grocers that saw profits increase during the pandemic while omitting smaller grocery stores that typically already pay higher wages and would have been forced to deal with $30,000 to $80,000 a month in increased expenses, which could have been enough to force them out of business.

Curate is making such success stories possible by improving access to municipal meeting data and breaking down the barriers to local government discussions. It recently became a part of FiscalNote, which will allow it to expand its offerings and build a powerful software suite for local government clients to monitor policy developments and stay informed about the latest developments on issues in communities near and far.

Curate relentlessly wants to provide its clients access to wide-ranging and rapidly evolving municipal information, which will enable them to stay ahead of the evolving trends, predict public response to new proposals, and lead the way in effective governance.