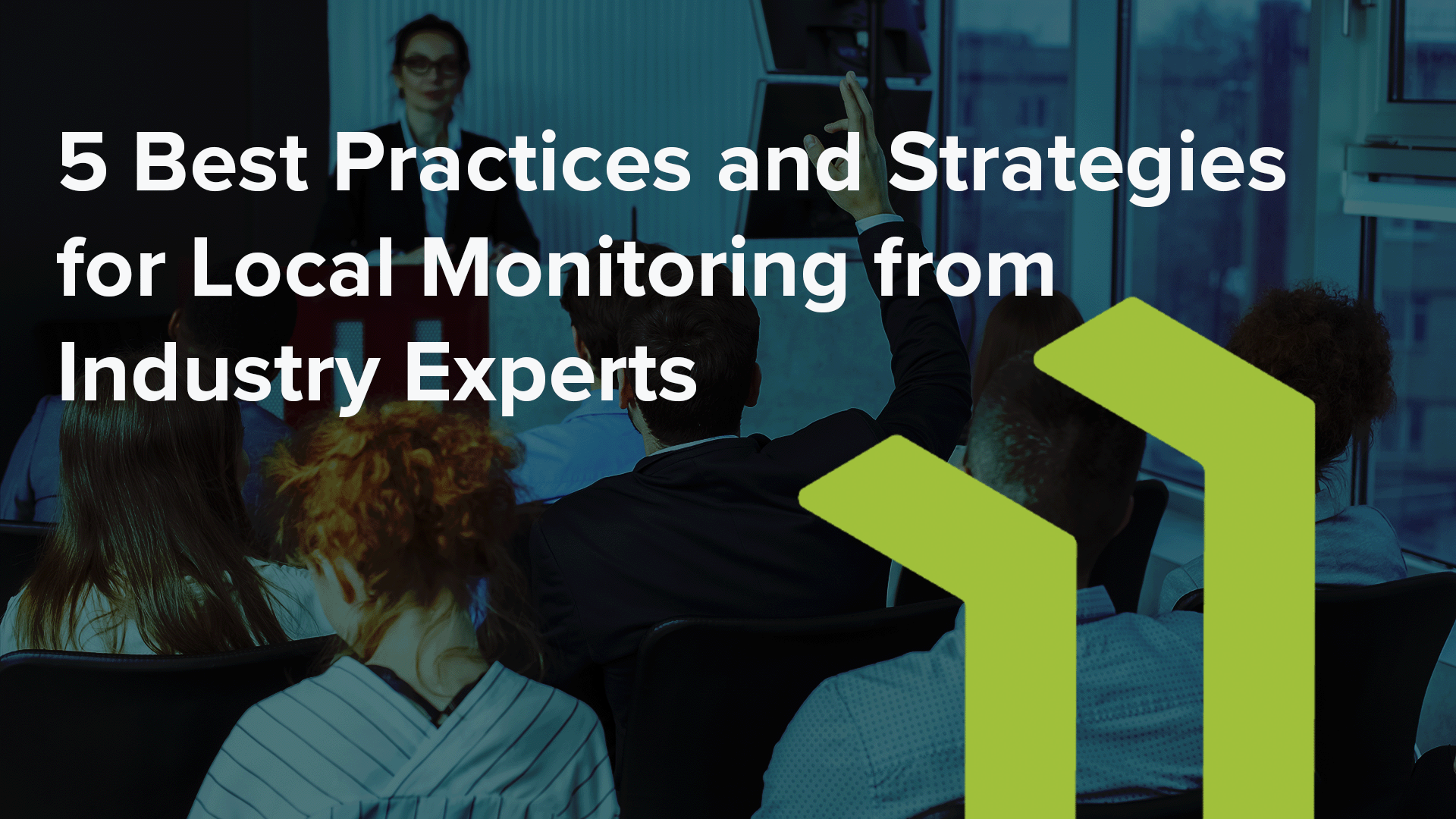 5 Best Practices and Strategies for Local Monitoring from Industry Experts

Not long ago, “local government monitoring” meant keeping up with policy developments in state governments. But the 2020 census found that 81 percent of metropolitan areas grew while more than half of U.S. counties shrank over the past decade. This growing urban population means the policies implemented by cities are now affecting more people.

In response to this trend, government affairs teams are turning their attention to the policies being discussed and voted on in city councils and county commission meetings — and for increasingly smaller cities.

In short, local government monitoring is becoming much more local.

However, monitoring city and county governments requires a different approach from monitoring issues at the state and federal levels.

There’s no standard protocol for uploading documents, publishing agendas, or informing the public about upcoming votes, and the volume of documents published is staggering. In the first half of 2022, 118,000 bills were introduced at the state and federal levels, but more than 640,000 new documents were published in city and county governments, according to FiscalNote research.

Government affairs teams who understand the risk of local policy change are adopting the following best practices to stay ahead of the issues and position their organizations for success:

1. Create a Formal Monitoring Process for Every Community in Your Coverage Area

Many government affairs teams make the mistake of only actively monitoring policy issues in the largest cities in their coverage areas and relying on their network to keep them informed about issues in smaller ones.

But issues in small communities can still have sweeping impacts when they spread to neighboring areas. A detrimental ordinance can quickly become law in one city, then another, then another, eventually prompting state legislators to introduce the issue for statewide adoption. If you’re only relying on the grapevine to stay informed, it will often be too late to take action when you find out about an issue.

Instead, you need to create a formal monitoring policy for all the policy-making bodies within your coverage area. To manage the overwhelming amount of public information to sift through, many government affairs teams use a local monitoring service or local legislation tracking software.

In either case, it’s important to set aside a regular time slot to review the latest discussions and agenda items from your coverage area. For most teams, the best day to do this is Monday in order to take action that week on urgent issues.

2. Empower Your Membership to Take Action

The most effective local advocacy comes from local residents. The voice of a concerned local who took time out of their day to show up almost always carries more weight than the voice of a professional lobbyist from a statewide organization.

That’s why proactive government affairs teams take action through their membership base or supporters by alerting them to issues happening in their community, equipping them with talking points and legal advice, and encouraging them to make their voices heard. This can take the form of showing up to council meetings, writing letters to the editor in local media, or requesting one-on-one meetings with local staff or elected officials.

This strategy has proven effective for Michigan REALTORS. “To move the needle on any sort of issue locally, you need someone who is tied in, who knows the local administrative people in the city,” says Doug Merriam, Michigan REALTORS® Party Advocacy Director.

Good relationships drive good policy outcomes. But in order to position yourself as a genuine partner in crafting thoughtful policy, you can’t just engage with local officials when you’re in opposition mode.

It’s important to find opportunities to advocate for issues that benefit the community as a whole, even if they’re unrelated to your biggest priorities. That’s why it’s helpful to monitor discussions related to policies your organization can support in addition to policies that threaten your industry.

By showing local leaders that you have the community’s best interest at heart, you’ll help ensure that your relationship stays collaborative instead of antagonistic.

In one instance, she found out the town of Amherst was planning a total rezoning of their downtown. Knowing that rezoning processes take a lot of research, she wrote a letter on behalf of the association, offering to partner with the municipality and serve as a resource for the project. “I love opportunities like that for relationship building, and for reminding folks that we have resources for technical policy, outreach, or whatever they need,” Rollins says.

4. Know When to Ask for a Delay on a Vote

When you find out about an issue that’s coming up for a vote in a local government meeting, you may not always have enough time to weigh in on the issue. In those cases, one of the most effective responses is to request that the vote be delayed until officials can make a more informed decision.

The Washington Food Industry Association has had to fight a host of local policy proposals that would adversely affect their members in recent years, from hazard pay requirements to laws related to workplace injuries. Although the association uses a local policy tracking tool, it’s not uncommon to find out about a vote the day it’s happening. In those moments, the team mobilizes its members to request that the vote be delayed until lawmakers can study the issue further.

“It’s really important that lawmakers hear from their constituents and people in their district about how the policy that they’re considering is going to impact them,” says Government Affairs Director Katie Doyle.

Damage to your reputation is a significant risk factor that can lead to adverse public policy development.

This tactic can help you proactively discover misinformation that’s being spread about you and help you plan your response accordingly.

Find out how you can get timely alerts for the local policy issues you need to monitor with local legislation tracking software from Curate. Schedule a demo today.