5 Local Government Tracking Challenges AI Can Take Off Your Plate

Today’s public affairs professionals face a daunting challenge: smaller teams are expected to monitor a larger volume of issues every year. Fifty percent of government affairs teams are made up of three or fewer people, and 60 percent of teams say they’re following more public policy issues this year than last year, according to FiscalNote’s State of Government Affairs 2022 Industry Report.

Almost a third of the teams surveyed expect local governments to shape the landscape for their industry or organization in the next five years. But keeping up with policy issues at the local level is no simple task, with every unit of government posting information in its own format, on its own timeline, and with its own local vernacular.

To keep up with the growing workload, public affairs professionals are turning to technology to eliminate as much busy work as possible. Local government monitoring software is key to overcoming these five common challenges related to finding and monitoring local legislation:

1. Weeding through thousands of irrelevant documents in case they mention anything relevant

Since it’s impossible to attend every committee meeting of even one mid-sized city, most public affairs professionals cobble together a patchwork of technological aids to help them stay on top of their policy issues. You may set up dozens of Google Alerts, subscribe to the agenda distribution email list of every governing body you can find, and/or set up a web scraping system to find agendas without having to manually visit municipal websites.

But these systems can create an overwhelming amount of documents to weed through. At best, they use Boolean logic to identify government documents or news articles that contain an exact keyword match. However, many topics have dozens of variations of phrases used in local governments and the language can change over time. Manual systems must then have a massive set of rules and conditions that are hard to update, or they must use broad search terms that return far more irrelevant matches than real hits.

Using a combination of Deep Learning and Natural Language Processing technologies, Curate, a FiscalNote company, examines the context around each keyword to determine its relevance to the overall topic. The algorithm is trained on a data set that is constantly being refined by our team of human experts.

This process eliminates hundreds of thousands of documents that would be included in a tool only relying on Bboolean logic. With machine learning, Curate can collect a more comprehensive set of documents and filter it effectively by evaluating the context of each mention before sending it directly to your inbox.

2. Missing an item because you weren’t tracking the exact phrase used in a particular locality

One of the biggest challenges of local government relations is that no two cities do everything the exact same way. This is evident in the language they use. For example, throughout the country, the permit needed to excavate within the public right of way might be called a “street opening permit,” a “road cutting permit,” or a “right of way permit,” just to name a few.

If all you have is a keyword lookup service that uses Boolean search logic, you must add each of these variations into the search rules. But since Curate’s machine learning algorithms are trained on data sets from all over the country, they automatically capture the subtle — or sometimes dramatic — differences in language used across local governments to discuss any of the 370+ topics we monitor. 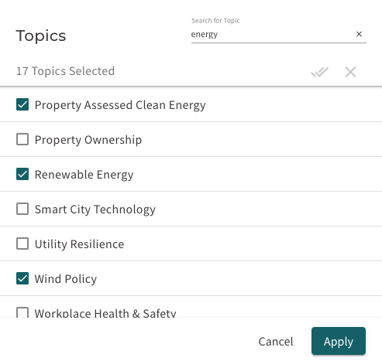 When a city or county uploads an agenda document for the first time, it may not always be complete; sometimes a staffer will replace it with a revised version a few days later. Unless you’re checking the site constantly and comparing the current version to any previous one you’ve downloaded, you won’t notice the difference — meaning you’d miss any relevant mentions added to it.

Curate makes sure you never miss new information, even if you’ve already reviewed a document. Relying on machine learning, Curate can determine whether the information that was added is something you need to see (such as adding a vote on an issue to an agenda) or if it’s just a minor, irrelevant change (like adding a stamp of approval to a document). When it’s something you might care about, Curate elevates the updated information in your personalized dashboard or emailed report. 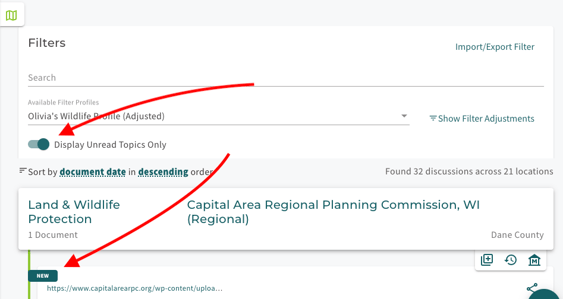 4. Googling city names to figure out whether an item falls in your coverage area

Traditional local government tracking services typically only provide the name of the community where a relevant document was found. If you cover a portion of a state like Illinois, with 130 municipalities in Cook County alone, you may be responsible for monitoring hundreds of municipalities. Even after several years of covering the same region, you might not have memorized where each city is, meaning your first step after finding an item on an agenda is to look up the location.

Curate makes this step unnecessary by including an interactive map feature in your dashboard. Each item in your report has a corresponding pin on the map where you can see a feed showing all the latest documents relevant to that topic published by that community. 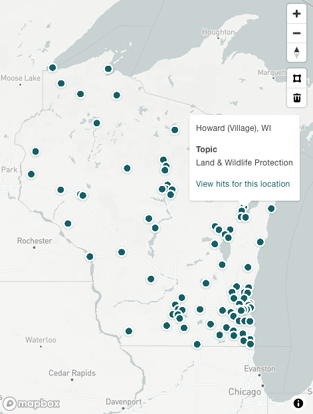 Not only does this eliminate the tedious step of looking up locations, but it also helps you visualize trends happening around your state. For example, you might notice one week that all the mentions of a topic (such as plastic bag bans) are clustered around a major city. But a few weeks later, you see it pop up on the other side of the state. You can quickly see how ideas are moving around the state — whether they’re clustered in rural or urban areas, if they’re near state lines or bodies of water, and any number of other geography-related factors. These details can help you uncover trends, prioritize, and plan your response.

5. Missing agenda items from cities that are too small to track

Many local government monitoring tools have a limited range, covering only the 200 largest cities or cities with more than 50,000 people. But public affairs teams know that some of the most damaging local policies can come out of towns as small as two or three thousand residents.

That’s why Curate tracks more than 12,000 cities and counties across the country, covering communities with as few as 2,000 residents. 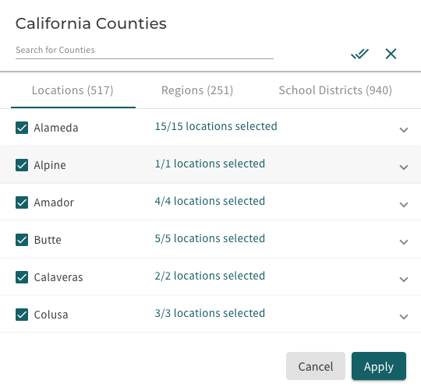 If you’re losing precious hours each week to tedious tasks that slow down your work, Curate could dramatically improve your workflow. With Curate, you can free up more time to nurture relationships, educate the public, and advance your cause.

Find out how Curate can help you stay ahead with timely alerts for the issues that matter most to your organization. Schedule a demo.